Concern about climate change is growing on a global scale. People's carbon footprints have increased due to their reliance on fossil fuels and nonrenewable resources. As a result, climate change impacts are getting worse. Leaders in the corporate world need to be familiar with the complexities of today's dynamic environment.

Listed below are some ways the current climate issue has damaged companies worldwide.

The global scope of climate change is a major obstacle. Many nations lack the resources to invest in eco-friendly corporate operations, which presents a significant barrier to trade and the economy. Those who want to make beneficial environmental changes must work harder than others.

Many international industries have suffered due to the ongoing climate change issue. 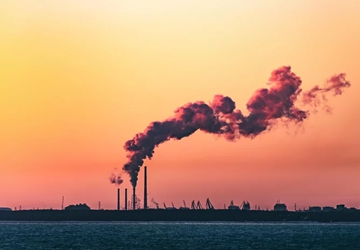 Emissions from all over the world are the single most important cause of global warming. Therefore, climate health can be significantly improved by swiftly responding to CO2 emissions.

Emissions increase with both GDP per capita and population. As a result, carbon dioxide (CO2) emissions reached a record high in 2021, up six percent from the previous year. In what has been known as the "tragedy of the commons," resource depletion occurs when people with access to shared resources utilize them without thinking about the consequences. 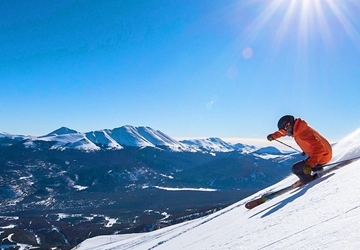 Externalities have a major impact on global sustainability issues. For example, preventing cross-border pollution is challenging since water and air pollution can spread from neighboring countries despite international rules. Moreover, since the source of a given CO2 molecule is irrelevant to its impact on the climate, resolving this externality is challenging.

Each sector faces some degree of risk due to climate change, but some are more vulnerable than others. Rising global temperatures, for instance, pose a threat to the skiing industry because they reduce the likelihood of snowfall.

Extreme climate change impacts are possible in many different businesses, including agriculture, winemaking, energy, and commercial fishing. Therefore, firms in these sectors must take preventative measures to lessen potential dangers.

A rise in insurance premiums

The insurance sector is another that is being affected by climate change. In contrast to other industries, insurance significantly impacts individuals worldwide more than businesses.

Insurance firms would likely raise flood and storm premiums to offset the growing risk of catastrophic weather disasters. Many businesses could have to pay more for insurance, which would cut their profits.

Climate change is a threat to people's psyches as well as their wallets and bottom lines. Climate change-related weather catastrophes, such as floods and lengthy droughts, have been linked to increased reports of psychological distress, including mood disorders and PTSD.

Workers' mental health issues may have a devastating effect on businesses and the economy. As a result, there may be a global slowdown in productivity due to increased stress levels in the corporate community.

Although developing nations aren't singled out by climate change, they may feel its long-term effects. Unfortunately, in most cases, the most vulnerable groups are also the ones least able to adapt to climate change.

Among the possible dangers are the following:

The already high economic and health risks faced by low-income countries and people are expected to rise due to climate change and extreme weather events.