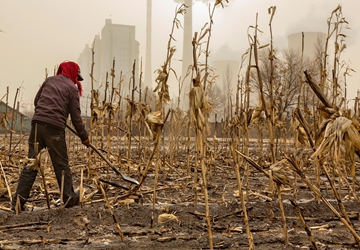 Climate change is mainly a development problem. It might slow down the economy and make poverty worse. It's important to note that how countries develop and their efforts to fulfill a growing population's energy, water, and food needs can contribute to climate change and increase global hazards or help mitigate them.

The economy must continue to expand; stopping now would be disastrous. We need to find a way to reduce emissions without slowing economic expansion.

To reduce emissions, strong policy signals must be in place first.

By incentivizing businesses to engage in less polluting practices and increase spending on renewable energy and low-carbon innovation, carbon pricing systems like emissions trading systems that set caps on emissions or taxes that bill per ton send a strong signal over the long term.

Nearly 40 countries and over 20 cities, states, and provinces have already implemented or are working toward implementing carbon pricing through carbon taxes or emissions trading systems.

When governments subsidize fossil fuels, it sends a message that waste is acceptable and slows the transition to low-carbon economies. Eliminating inefficient and wasteful fossil fuel subsidies will allow governments to redirect funds to areas with the greatest need, such as providing more direct aid to the needy.

Subsidy reform is difficult to implement. However, since most people have no idea what the real cost of electricity is, it is necessary to increase aid to the poor when subsidies are reduced gradually. 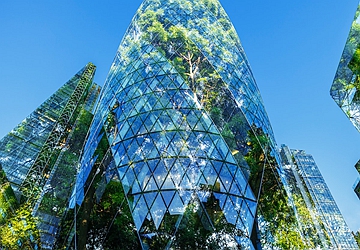 Part of the solution is to figure out the proper rates. In addition, building an environmentally friendly future is important because climate change affects all growth.

Currently, cities are home to little over half of the world's population; by 2050, that number is predicted to rise to two-thirds.

Cities should avoid settling for unsustainable practices by planning land use and transportation and implementing energy efficiency standards. As a result, they can potentially lessen the effects of air pollution and increase economic opportunities for the underprivileged.

Accessibility is a key topic whenever the topic of energy is broached. Around 1.2 billion individuals don't have access to electricity, and 2.8 billion use solid fuels like charcoal, wood, and coal to cook, contributing to dangerous levels of indoor air pollution.

In the meantime, the cost of renewable energy sources is decreasing. Creating large-scale renewable energy utilities is competitively priced or even less expensive than building fossil fuel plants in many nations.

Promote agriculture that is more climate-resilient and protect forest habitats.

The fifth action area combines adaptation and mitigation. For example, through climate-smart agriculture practices, farmers may boost their farms' production and resist climate change effects like droughts, all while building carbon sinks that contribute to a net reduction in emissions. Like other useful carbon sinks, forests act as carbon sinks by capturing and storing the gas in their roots, trees, and leaves.

This is why it's crucial to incorporate strategies for boosting resilience into every aspect of development and to allocate more resources toward prevention and preparedness.