The State of the World Economy in Light of Climate Change

Trying to predict how much the world will heat up in the future and how it will affect global activity is, at best, a highly complicated exercise. The warming of the globe has both positive and negative consequences. The response of technological advancement and its capacity to affect the course of global warming is likewise unknown. Any evaluation must also incorporate a far longer time horizon than is normally employed by those working in the financial markets. Yet, as public attention to the problem grows, so does the demand for shareholders' perspectives on the environmental impacts of the companies they control and the influence that climate change will have on the supply chains of those companies. 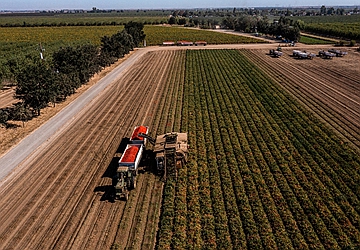 Emerging shortages, especially in agriculture, are expected to lead to higher inflation.

The weather has a big effect on crop yields, and as the climate gets more extreme, crops may not grow as well in areas where agricultural production is essential. In addition, consumers' disposable income is squeezed due to rising global food prices. Additional areas will help mitigate these consequences. The general trend, however, is for food price inflation to increase.

Land scarcity could also contribute to higher inflation. Some regions may become inhospitable as the planet warms, leading to widespread relocation.

These changes will have political and social repercussions and increase the pressure on a resource that is becoming more scarce. In essence, more and more of the world's people will have to squeeze into smaller and smaller areas. However, like the impact of food inflation, this one will be dampened by the gradual transformation of previously uninhabitable regions into places where people may live comfortably. 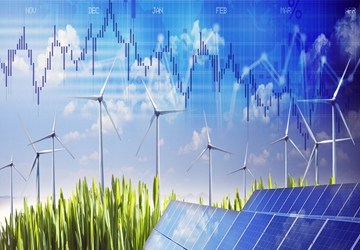 When switching to renewable energy sources, prices will rise.

A further contributor to inflation is the rising cost of energy. Since we can expect hotter summers and colder winters as a result of global warming, it stands to reason that we'll need more power to air condition and heat our homes and places of business, respectively. Higher temperatures will harm the efficiency of current power stations, which could lead to a reduction in supply and a corresponding price increase. Taxes on electricity generated from fossil fuels are one policy step that governments may take to incentivize a shift to green energy; however, this could lead to energy hyperinflation in short to medium term.

Inflationary impacts from increasing energy costs will ripple through the global economy because energy is the backbone of most production. Depending on how quickly things shift, the growing popularity of renewable energy sources might be able to slow the rate at which future rises in the cost of energy occur.

Insurance premiums are rising due to the risks associated with climate change.

Companies in the insurance market realize they may be on the hook for a disproportionate share of the costs associated with climate change. Expenses incurred as a result of catastrophic weather occurrences have already been felt by businesses, as insurance firms have had to pay out claims for damage to properties. As a result, the insurance sector must prepare for the consequences of climate change.