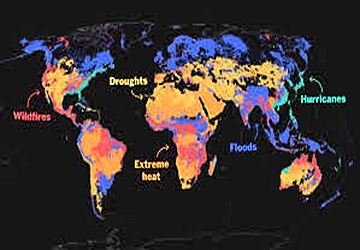 The world economy faces its most significant long-term risk from climate change. If no action is taken, global temperatures might climb 3°C, and the global economy could decline by 18% in 30 years. However, the effects can be mitigated if strong measures are adopted to achieve the goals outlined in the Paris Agreement. Public and business sectors will drive the journey to net zero.

Climate-related natural disasters are becoming more frequent and destructive due to global warming, which can have long-term adverse effects on economic output. Loss of arable land due to rising sea levels is just one example; heat stress can also cause crops to fail. Therefore, increasing temperatures would disproportionately impact developing economies in the tropics. 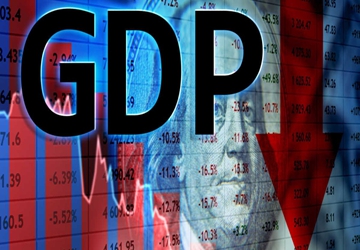 In 30 years, significant economies may see a 10% drop in GDP.

China could lose 24% of its GDP by mid-century if temperatures rise 3.2°C. The United States, Canada, and the United Kingdom might each lose roughly 10%. While countries like France and Greece would be hit worse (13% each), countries like Finland and Switzerland would be hit less hard (6% each).

Every nation, every business, and every person faces climate change risks. The world's population is expected to reach almost 10 billion by 2050, with much of this increase occurring in countries already feeling the effects of climate change. We must take immediate measures to reduce potential harm and work toward our net-zero goals. We must address both biodiversity loss and climate change in the global community.

The repercussions of a warming planet are felt most keenly in nations with fewer means to adjust to the change or lessen its severity. Specifically, Malaysia, India, Thailand, Indonesia, and the Philippines are the most at risk. Conversely, the United States, Switzerland, Canada, and Germany face the least risk, together with other northern hemisphere developed economies.

Climate action may be sped up significantly with the help of both the private and public sectors.

The world's largest carbon emitters must work together to achieve climate goals. The shift can be facilitated and accelerated by both the private and public sectors, especially regarding investments in sustainable infrastructure critical to keeping global warming below 2 degrees Celsius. Insurance firms or pension funds, are also well-positioned to play a significant role because of the long-term nature of their contracts and the long-term nature of their resources to deploy.

A wide range of approaches can be used to slow global warming. Taxonomy for sustainable and green investments needs to be standardized internationally, and more aggressive carbon pricing policies that incentivize solutions rooted in nature and carbon offsetting are essential. Financial reports should include frequent disclosures about the institution's progress toward net-zero emissions and the Paris Agreement. With their knowledge of risk, re/insurers may aid households, businesses, and society in coping with climate change by offering security capacity and risk knowledge.