Celebrities who love the ketogenic diet and live on it

Right now, keto is the hottest diet trend. In order to achieve ketosis, your body must consume minimal carbohydrates and high amounts of fat.

While high-fat, low-carb diets are nothing new, they are gaining popularity among celebrities. Halle Berry gave up bread to stay slim and beautiful, and even superstar basketball player LeBron James tried a low-carb diet. Those who follow a ketogenic diet believe that they can eat a lot of meat without consuming a lot of calories.

The Jersey Shore actor has subtly grown his brand outside of the iconic MTV show. Vinny found his specialty after losing 50 pounds and through training and following a strict ketogenic diet. He has an Instagram account @ketoguido where he posts tips and motivations. Even on the Jersey Shore, he tried to follow a diet.

It's impossible not to be curious about Halle Berry's effort to maintain her flawless 52-year-old look. Although most mortals will never achieve her flawless complexion, she has been promoting a ketogenic diet as a means of maintaining a healthy weight and managing diabetes. "The ketogenic diet has no sugar, no carbs," she said on air with Kelly and Ryan. There is no white thing. "Coconut oil, avocado and butter are the actress' favorite fatty meal." You can fill your face with a giant Porterhouse steak if you want. "You can't eat baked potatoes," she said in another interview. She had a prosciutto roll for lunch instead of a sandwich; the photo proves, she shared on Instagram. 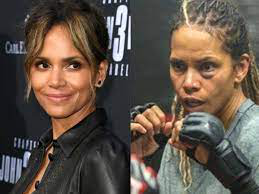 Well, LeBron isn't a regular ketogenic dieter, but he does follow the diet once in a while. It wasn't until 2014 that he discussed the effects of diet on him in a 67-day "psychological challenge" experiment to see how it affected him. After cutting out carbs and dairy and focusing on protein-rich dishes like meat or fish, he lost a lot of weight in the process. He's since regained his weight, but the famous "Skinny LeBron" photo speaks for itself.

LeBron James isn't the first professional athlete to demonstrate the benefits of a ketogenic diet. When Tim Tebow appeared on GQ, he said, "I'm on a low-carb diet called a high-fat keto diet." He's a lover of all things avocado-related. His smoothies also include avocados.

It's no surprise that celebrity families that dominate social platforms are joining the latest eating fads. Keeping Up With The Kardashians star Kourtney Kardashian says she had a "really wonderful experience" with the ketogenic diet and plans to return. Kim reportedly lost 60 pounds after giving birth to Saint by practicing the Atkins 40 diet, a keto variant.

In an interview with Rachel Ray, Hudgens revealed that she follows a ketogenic diet to prepare for her women's health insurance. She lost ten pounds a month on just bacon, which is delightful.