Immigrant grief, how to address it effectively

A practical option is to provide refugee camps with safe passage. Examples include enabling individuals to reconcile with their families and providing visas to refugees so they don't spend their life savings and risk drowning for safety.

This also includes resettling all refugees in need. Resettlement is critical for the most vulnerable migrants, such as torture survivors and those with major medical problems.

There are currently 1.2 million people in urgent need of this help.

This is how we deal with migrant grief

Leaders around the world must make saving lives a priority. No one should cross the border to die, yet in the two years since the first major sea disaster in October 2013, around 7,000 people have drowned in the Mediterranean alone.

In May 2015, tens of thousands of refugees fleeing persecution in Myanmar spent weeks on board as Thailand, Malaysia and Indonesia sparred over who should rescue them.

Countries can prevent this from happening by investing in search and rescue activities and helping those at risk as quickly as possible. 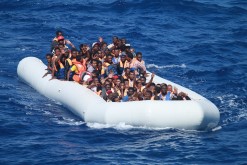 People fleeing persecution or conflict should be allowed to cross borders by land or sea, with or without travel documents. People were pushed back and huge gates were erected, forcing them to take more dangerous routes to safety.

Governments should investigate and prosecute human-trafficking organizations that feed on refugees and migrants, putting the safety of their people first. Traffickers kill victims on boats when their families are unable to pay the ransom. Others were thrown into the sea to drown or died of starvation and thirst for lack of food and water.

Governments must also stop blaming migrants and refugees for economic and social hardship and address all forms of xenophobia and racial prejudice. Otherwise it's unfair, creates tension and fear among outsiders, and can lead to violence — even death.

At least four people were killed after violence and looting erupted in Durban in April and May 2015. More were seriously injured and more than 1,000 refugees, mainly from Burundi and Congo, were forced to flee.

For example, the United Nations received less than half of the funds needed to help 4 million refugees in Syria. As a result, 80 percent of refugees living outside Jordanian camps are forced to work in dangerous, degrading jobs or send their children to beg. 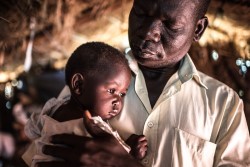 The neglected refugee crisis in South Sudan received only 18 percent of the funding needed for basic needs such as food and medicine.

People are dying as countries spend billions on border controls. You must have access to sufficient funds to ease refugee situations around the world.

Asylum Is A Basic Human Right.

The memory of the world is really short. After World War II, most governments pledged to protect refugees through the 1951 Refugee Convention and UN agencies such as the UNHCR.

Barbed wire barriers and continued underfunding shatter this vision of a brighter future. World leaders ignored warnings and allowed a massive global humanitarian catastrophe to unfold. It will be resolved by ending the disputes and persecution that drove people to flee in the first place.

However, no one knows when that will be. At the same time, we need bold solutions, creative leadership and unprecedented global collaboration. This includes developing robust refugee procedures, including admitting asylum seekers, properly reviewing their asylum claims, relocating the most vulnerable and providing basic services such as education and healthcare.

None of these ideas are unattainable as politicians listen to millions of people say "I welcome immigrants" and prioritize solidarity and compassion before arguing over who should take in thousands of refugees.