The global refugee population has more than doubled in the past decade. According to the United Nations High Commissioner for Refugees, 82.4 million people around the world have had to leave their homes. Among them are more than 26 million refugees, making them the largest refugee population on record. Five countries alone account for 68 per cent of the world's refugees. Here are these countries

After a decade-long disaster in Syria, the global diaspora now accounts for nearly 25 percent of the global refugee population. As of 2021, 6.7 million Syrians have been granted asylum in Lebanon, Iraq, Jordan, Turkey and Egypt. Lebanon has no official camps; as a result, the country's more than 1 million Syrians are spread across 2,000 settlements, many of which are overcrowded shelters. 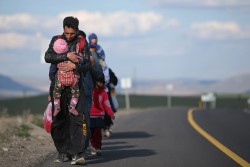 The country with the second largest refugee population remains Afghanistan. About 1 in 10 refugees, or 2.6 million, were born Afghans, and this number has fluctuated steadily over the past 40 years. More than 88% of Afghan refugees live in Pakistan and Iran.

Nearly two-thirds of Afghans currently living in the country live in conflict zones. Internal displacement continues because of the war. The problem is exacerbated by the inadequacy of communities, governments and humanitarian actors to withstand the effects of common natural disasters such as floods, earthquakes, landslides and droughts.

Fighting in South Sudan has displaced some 4 million people since December 2013, with more than half of them forced to flee the country. Some 2.6 million South Sudanese live in host communities in Sudan, Ethiopia, Uganda, Kenya and the Democratic Republic of Congo.

More than 1.1 million Rohingya Muslims have left Myanmar since August 25, 2017, due to ongoing violence. Many stateless Rohingya have died in Bangladesh's Cox's Bazar, home to the world's largest refugee camp.

More than 130 local, regional and international organizations have partnered with United Nations agencies to help the Bangladeshi government adapt to this growth in capacity. 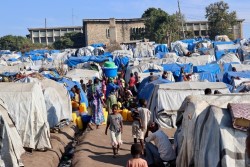 The Democratic Republic of Congo is one of the world's largest "forgotten crises". It is now the most displaced country in Africa. There will be approximately 864,000 Congolese refugees in 2021. This does not include the approximately 4.5 million Congolese displaced by the war in the Kasai, Ituri, Tanganyika and Kivu regions. Still, the Democratic Republic of the Congo hosts many refugees from neighboring countries.

The good news is that the global number of Somali refugees has been steadily declining for years. At the end of 2017, there were about 986,000 people.

Drought and other consequences of climate change have affected Somalia as well as other countries in the Horn of Africa. Four consecutive below-average rainy seasons between 2016 and 2018 resulted in crop failures, animal deaths and property damage. The 25-year armed struggle has made the situation worse. Kenya, Ethiopia and Yemen have proven to be safer options for many Somali refugees.