What can be done to alleviate the refugee crisis?

The future of global migrants is bleak as rich countries close borders and cut aid funding. However, this problem can be solved if we are willing to do so.

According to the latest statistics, 82.4 million people are currently displaced, a record high. More than 40% of them were refugees seeking asylum in another country.

Many rich countries are now engaged in a "race to the bottom". As country after country tightens refugee rules, displaced people are forced to make riskier and more difficult decisions. 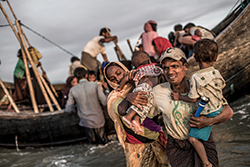 But whether we realize it or not, the refugee issue affects us all. The reasons for this are both pragmatic and charitable.

So what options do we have to deal with the refugee crisis? Prosperous nations can do three things to bring about change:

It is crucial that rich countries work together to share the responsibility for protecting refugees.

Currently, few countries are responsible for the majority of the world's refugees. Most countries, even some of the most powerful economies in the world, take in very few refugees. For example, Japan has only accepted 1,394 immigrants over the past decade.

As stated in the preamble to the Refugee Convention, all States should share responsibility. This includes European countries and other upper-middle-income countries that need to donate and increase the number of migrants granted asylum. It's time to end this game.

Rich countries must also increase aid and funding to people in conflict zones.

Covid-19 has taken a toll on humanitarian funding as many governments are reluctant to expand aid. Indeed, some countries, such as the UK, are trying to save money by cutting humanitarian aid allocations. At the same time, humanitarian appeals around the world are severely underfunded and the funding gap is widening.

However, the pandemic has shown that richer countries can mobilize huge sums of money to support their economies when needed. These lands can be purchased at a fraction of the price.

Millions of people living in war zones can benefit from life-saving humanitarian assistance and security.

Asylum seekers must be protected. 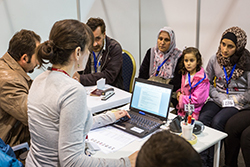 Finally, richer countries must ensure that asylum seekers do not return to dangerous situations.

Non-refoulement is a concept in international law that prohibits governments from moving asylum seekers to places where they are at risk of persecution or harm. On the other hand, different governments choose to interpret this idea differently. Denmark, for example, last year tried to bring Syrians back to Damascus on the grounds that it was "safe" despite claims by human rights groups such as Amnesty International that it was "safe".

Rich nations must uphold the spirit of this philosophy and protect those in need.

The refugee problem is huge and growing. However, this is also a man-made problem. It is possible to find a solution. As long as we have the will to do so, we can give all displaced people a decent life.